Have you been experiencing premature ejaculation? Complete a short online assessment for your preferred treatment and our doctors will confirm if it’s suitable. Priligy is a tablet used to treat premature ejaculation. You need to take it one hour before having sex and its effects last for around three hours.

Order a prescription for Priligy, or Emla, online - or ask our doctor to recommend a medication.

What is premature ejaculation?
Premature ejaculation is defined as ejaculation occurring sooner than desired by the man or his partner and causing distress to the couple. It is usually caused by sexual inexperience, anxiety, and other psychologic factors instead of disease. It can be treated successfully with topical anesthetics, sex therapy, tricyclic antidepressants, and selective serotonin reuptake inhibitors.

How quick is premature ejaculation?
It is quite common for men to worry about whether or not they last long enough during sex and often people are unsure about how long sex lasts for the average couple. Studies show that this varies, but evidence suggests that, on average, sex lasts between six and eight minutes.

What matters, is whether you and your partner are both happy with your sex life. However, if you normally ejaculate within one minute of sex, doctors would consider this to be premature ejaculation.

It can also be linked to upbringing. If you’ve had a very stern upbringing or if you’ve been taught that sex is wrong or a sin, it can be hard to let go of these thoughts as you age, which can result in problems relaxing into sex. Similarly, a traumatic sexual experience, such as abuse, can result in ejaculation problems.

Causes of secondary premature ejaculation
If you had a history of normal ejaculation, but then later started having problems, this is called secondary premature ejaculation. The causes of this can also be biological. These include diabetes, multiple sclerosis, under-active thyroid, prostate disease and high blood pressure, along with taking recreational drugs and drinking too much alcohol. Usually though, the causes are psychological and include stress, depression, or being worried about performing sexually (for example, if you’ve had trouble with premature ejaculation in the past you might be worried about it happening again, or if you get a new partner you might feel self conscious).

Which treatment options are there?
It isn’t possible to cure premature ejaculation, but there are medications available that exist to treat it temporarily.

Priligy
Priligy is an oral medication. It contains the active ingredient dapoxetine and is newly licensed in the UK. Men who normally ejaculate after about 1-2 minutes of sex, find that it helps them to last longer.

Priligy works by raising your serotonin levels temporarily. It is a type of anti depressant (also sometimes known as a selective serotonin reuptake inhibitor or SSRI). You take it 1-3 hours before you have sex and it lasts for a couple of hours afterwards. Studies show that priligy is effective at increasing the length of time from when the penis enters the vagina to ejaculation.

EMLA
EMLA cream is a topical cream that is rubbed onto the penis to numb sensation and, in turn, slow down ejaculation. The cream contains two local anaesthetics: lidocaine and prilocaine. You put it on about a quarter of an hour before having sex. Once your penis feels numb, wash the cream off so that it doesn’t also reduce sensation for your partner.

Numbing condoms come with a numbing lubricant inside them to reduce sensation for the man and help him to control ejaculation. You need to put them on 30-60 seconds before you have sex so that the lube has time to work.

You can buy topical creams from sex shops to make you last longer. These don’t work as well as the medically prescribed creams, like EMLA, so are maybe not the best if you suffer from premature ejaculation, but you might like to try them to see if they work for you.

How can therapy help?
Psychological therapy can often cure your PE, but you need to be open to discussing your feelings for it to work. Often therapists also recommend that you stop having sex for a short while and explore other forms of pleasure with your partner, like massage or showing affection.

Another option, if you are in a relationship, is couples therapy. This will help you to consider whether there are things that are affecting your relationship negatively and allow you to work through any issues with your partner. They can also teach you ways to train your body out of the habit of premature ejaculation. The two most common ways are the ‘squeeze’ and ‘stop-go’ techniques. You’ll need to practice them for them to work for you, even though they sound very simple.

Which side effects can occur?
Because numbing condoms and topical creams (either from a sex shop or on prescription e.g. EMLA cream) are designed to reduce sensation to help you control ejaculation, they can also reduce your enjoyment of sex.

Always read the patient information leaflet for the full list of possible side effects.

Migraine is a common condition which causes severe headaches. Migraine headaches are often accompanied by other symptoms, for example nausea, sensitivity to light or vomiting.

Order a prescription for Sumatriptan, Imigran- or ask our doctor to recommend a medication.

Which acne treatments are there?

Migraine is very common and it is estimated that over eight million people in the UK encounter migraines on a regular basis. Migraines can cause the following symptoms:

Some patients experience migraines with aura, which means that they also experience symptoms such as:

Why some people have migraines is not entirely clear. It is assumed that migraines occur when blood vessels surrounding your brain widen.

How is migraine treated?
There are many different ways of treating migraines, from over the counter medications to lifestyle changes. The first line treatment for migraine are non prescription painkillers. If you find that over the counter painkillers don’t help you cope with your symptoms you can try triptans. Many migraine patients find that certain triggers cause them to suffer migraines. Identifying what causes migraine in your case and avoiding triggers can help you reduce the frequency with which you experience symptoms.

What are triptans?
Triptans are a prescription medication for migraines. It is assumed that migraines are caused by blood vessels in your brain widening to an unusual extent. Triptans are believed to work by narrowing these enlarged blood vessels, thereby reducing the severity and duration of migraine attacks. You should only take triptans as soon as you can feel a migraine coming on. The sooner you take them, the more effective they can be. Triptans are not suitable for everyone and you need to get a prescription in order to buy most of them.

Taking Sumatriptan 50mg Tablets
All triptans work best when taken as soon as you notice the first symptoms of a beginning migraine. Take one Sumatriptan tablet with a drink of water as soon as you can tell that you are getting a migraine. Swallow the tablet whole without chewing it. If you have never taken Sumatriptan before, start with a 50mg dose. If your symptoms don’t improve significantly or if they come back you can check with your doctor whether you can take a higher dose of 100mg instead.

How to use Imigran Nasal Spray
Imigran nasal spray contains sumatriptan and works in the same way as sumatriptan tablets. The nasal spray is convenient for migraine sufferers who feel nauseous during migraines and who find it difficult to swallow tablets. Just like the tablets, you need to use the nasal spray as soon as you notice the first symptoms. Each single use Imigran Nasal Spray contains just one dose - so make sure that you read the instructions on how use it carefully first.

Healthwave is a pharmacy that supplies prescriptions direct to your door anywhere in Ireland. They operate a membership service designed to reduce your prescription costs and provide more convenient access to medication through a postal delivery service.

Membership costs €25 per year for the whole family. 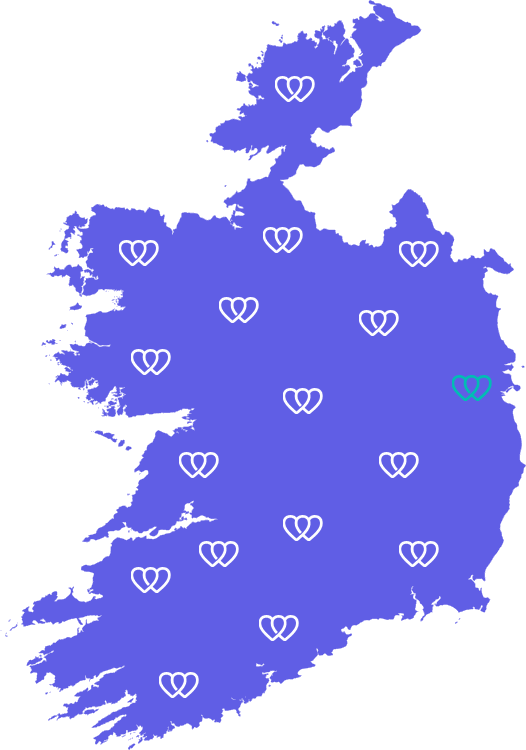