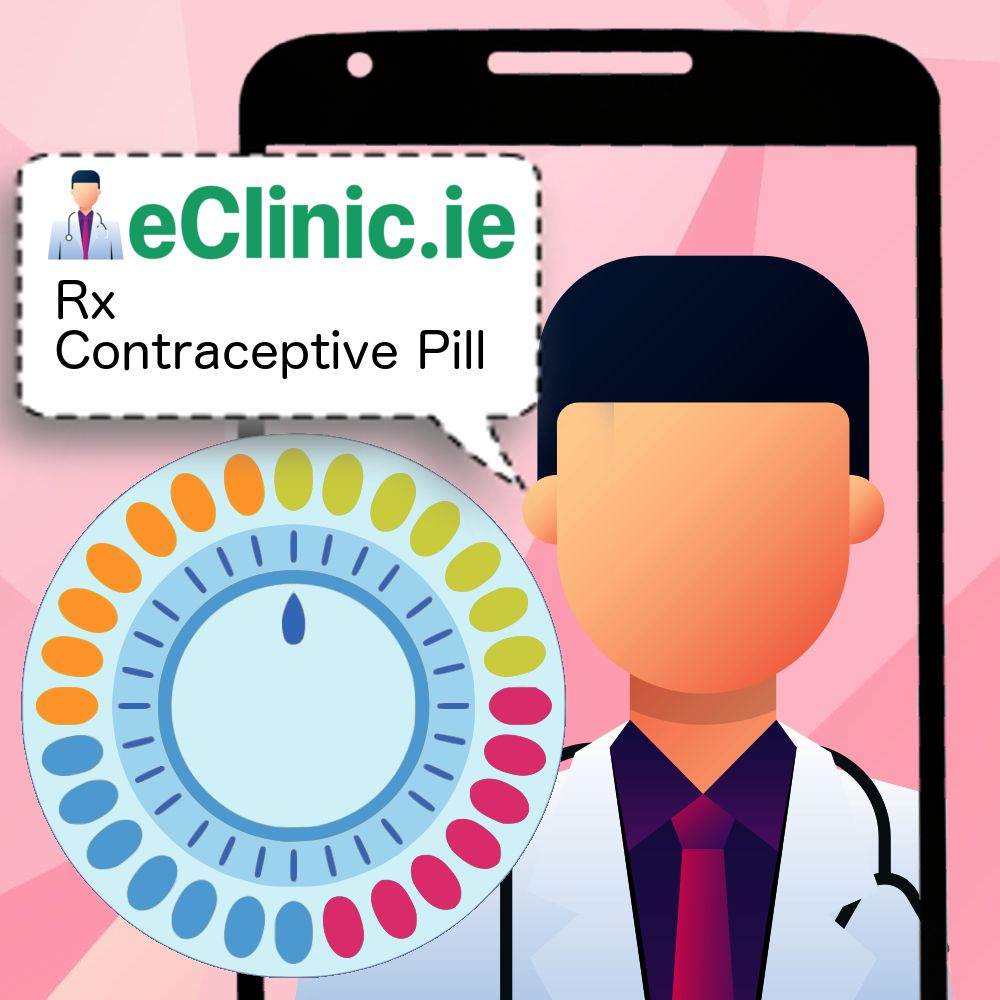 Looking for a convenient way to get a repeat prescription for your current contraceptive pill? Use our women's health service to order your prescription online - Our service is confidential and fast. 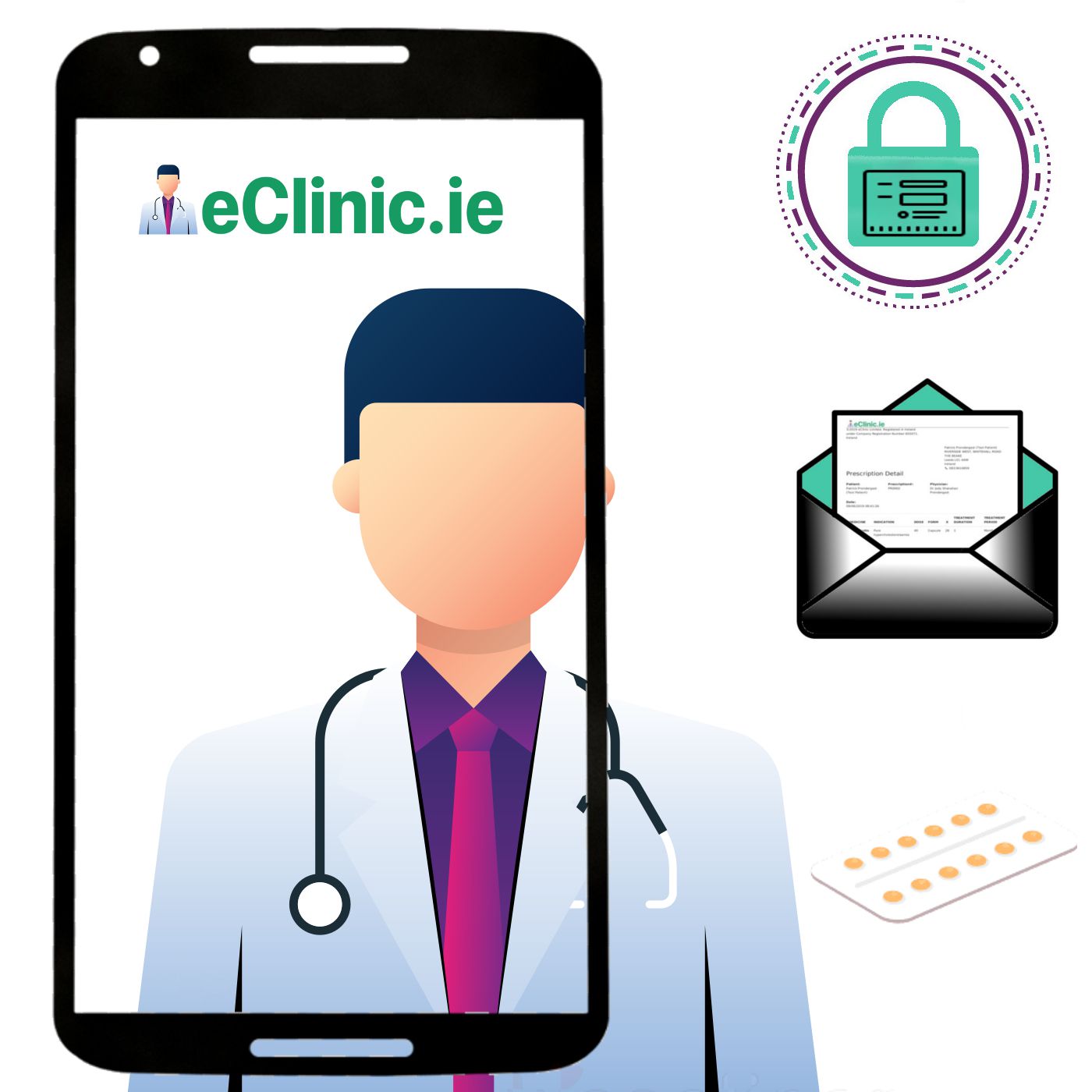 You can order your prescription using computer, laptop, tablet or smartphone. 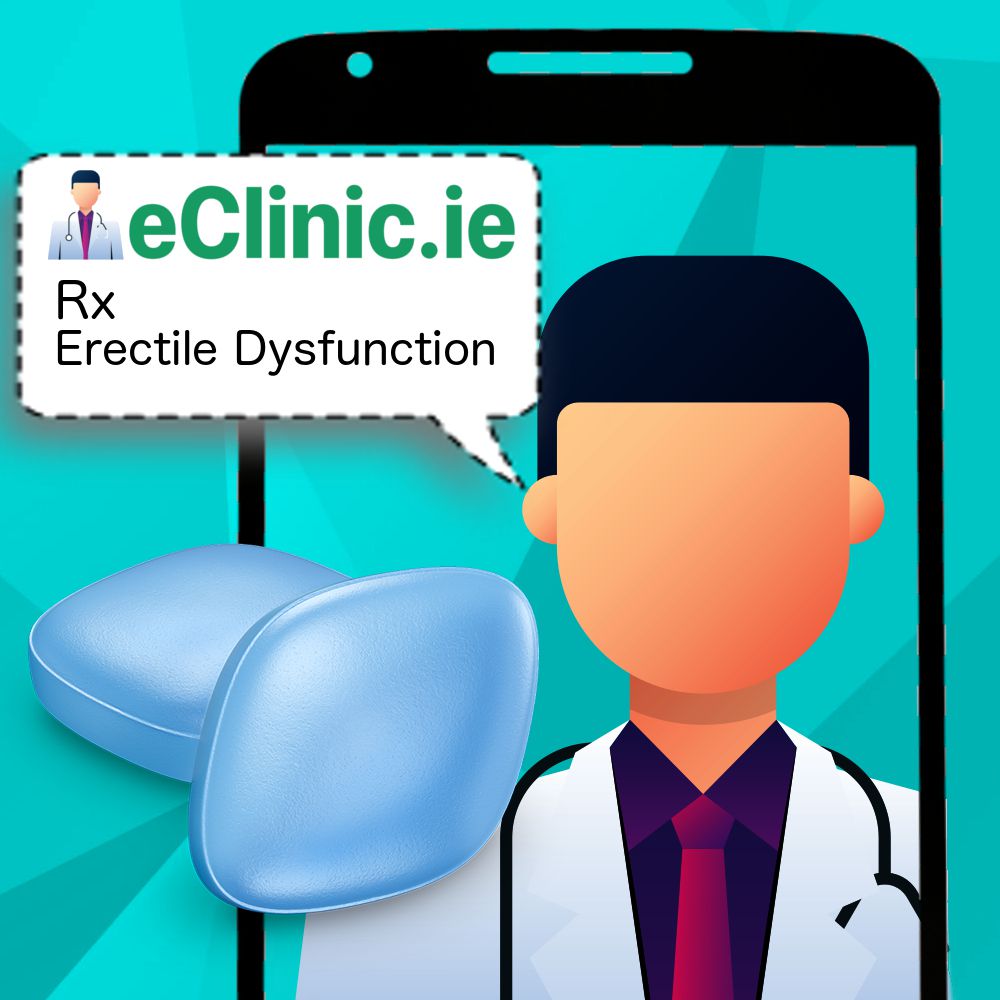 Save Time & Embarrassment when it comes to your discreet prescription for erectile dysfunction medication. Our fast, convenient service is extremely straight forward and you don't need to visit a doctor.

At eClinic medical centre Doctor Jody Shanahan Prendergast, who is originally from county Kildare and who graduated with a medical degree from St. George's University School of Medicine, Granada in 2012.

In 2015 Dr. Jody  began his GP training as York's GP vocational training scheme, completing his in hospital placements at York Teaching Hospital and attended General Practice placements at several practices both in urban and rural areas of York and North Yorkshire.

Since completing his training Dr. Jody has worked as a sessional Locum GP in the York/West Yorkshire area and returned to Ireland in October 2019 to start  eClinic to provide a professional, efficient and cost effective service to patients across Ireland.

Doctor Daniel Shanahan Prendergast is an experienced Clinical Director with a demonstrated history of working in the Pharmaceutical, Drug & Medical devices industry within Ireland and the USA. He is skilled in Research and Development (R&D), Clinical Research, Medical Devices, and the Life Sciences sector. Daniel has a strong business development professional background with over five years in the New York area.

Dr. Daniel qualified with his Medical Doctor (MD) Degree from All Saints University, School of Medicine in 2014. Since graduating Dr. Daniel has been involved in clinical research projects spanning a number of Human medical indications.

As bad luck would have it, I developed sudden symtpoms of a raging UTI on a Saturday evening. No doc is open and didn't want to go to a and e - found eClinic through a quick Google search. Any other online docs couldn't have my prescription out til Monday, so this was an absolute godsend!! Filled out a quick assessment and had my prescription emailed to my selected pharmacy in less than an hour! Still in bits as I write this, but absolutely delighted to have found this service. 5 stars all around!!

I'm so glad I found this service! I've been having a hard time getting a GP in town since I just moved and only needed a simple refill of my previous prescription. Amazed how fast it was. Even on a Saturday, my prescription was sent to the pharmacy of my choice within the hour. Super fast and convenient.

Absolutely fantastic service . I am a student with some frequent occurring problems and I simply don't have time nor money to go to a GP often but the pain is unbearable sometimes . This helped me so much ! My prescription was ready within an hour at my local pharmacy ! I will 100% be using this again due to it's efficacy and its easy to use website .

First time ever using an online consultation and had lots of doubts.... did my research stringently as I knew what I needed and it was not a new health issue.... have to say the cost was my first thought as I knew I would attend my own GP costing me €60 then the cost of the medication required which would be between €10 - €12 depending on the pharmacy I use. Well paid €25 with eclinic who emailed the prescription directly to my pharmacy of choice which cost me €11....so instead of costing me €70 plus it cost me €30 plus. Will definitely be using eclinic again not only due to cost but also the convenience of not having to take time out of work, queuing in doctors surgery for long lengths..... so convenient and have to say a big thank you to eclinic for your efficiency would highly recommend your services it certainly met my needs.

Lack of IT support can lead to improper decision-making and decrease working efficiency.

Unauthorised parties can exploit personal medical data. The medical industry in Ireland saw 465 data breaches - in one case, a patient's medical file was found in a public toilet in Roscommon.

With our dynamic medical IT infrastructure solution we drive administrative costs down.

IT infrastructure in the healthcare realm requires secure and effective systems to meet its most significant challenges.