Urinary tract infection (UTI) is defined as the presence of >10^5 microorganisms/ml of urine in the urinary tract in a midstream sample of urine. 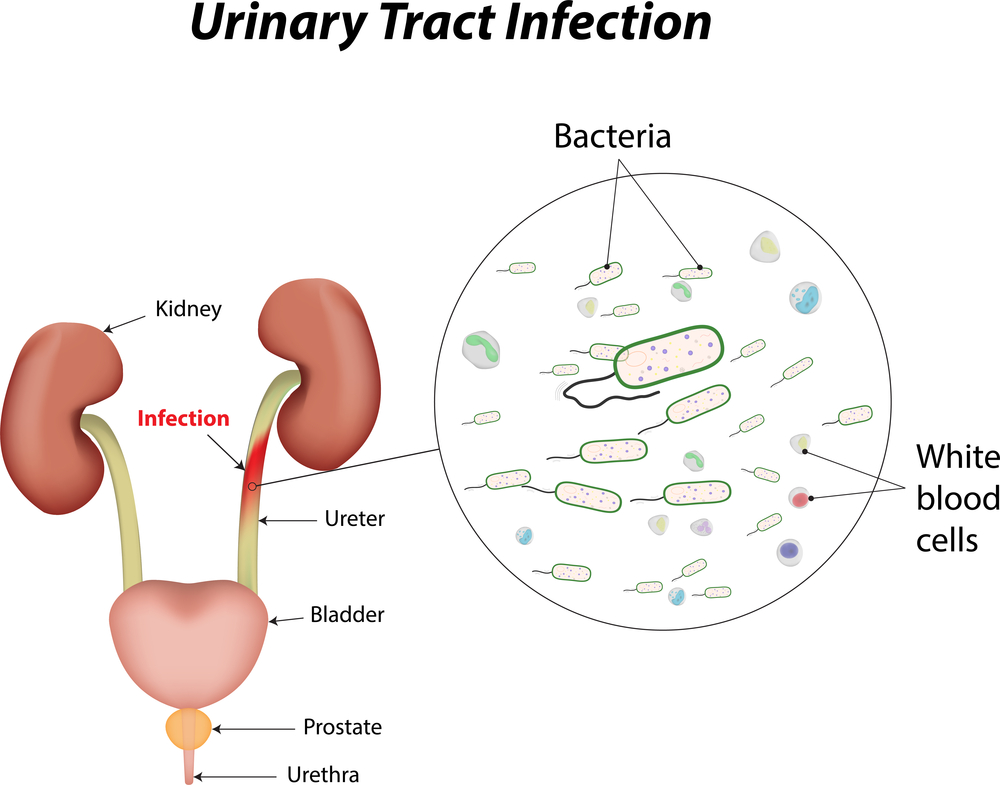 UTIs are quite common worldwide, but more prevalent in the developing and underdeveloped countries. Both makes and females are suffer from urinary tract infections, but females are generally more susceptible to UTIs.

Causes of increased occurrence of UTIs in females :

Other risk factors that may affect both sexes :

It is important to remember that some patients show no symptoms despite having an UTI. This is known as asymptomatic bacteriuria.

Depending on the location of infection along the urinary tract, UTIs can be divided into Upper UTI and Lower UTI.
Infections of the kidney and ureters are classified as Upper and anything below the ureters are Lower UTI.

Long standing upper UTI may cause renal damage. No such risk with lower UTIs.

Treatment :
A full course of appropriate antibiotics should be prescribed to treat UTIs. Specific treatment regimens varies widely depending on the specific organism that is causing the infection and their sensitivity and resistance to the available antibiotics.

In general, trimethoprim is the 1st choice drug for uncomplicated UTIs. Other drugs include amoxicillin, cephalexin, ciprofloxacin, etc.

For complicated UTIs, co-amoxiclav and ciprofloxacin are the first choice drugs. cefuroxime and gentamicin are also used.

If the causative organism persists on repeat culture despite treatment, or if there is reinfection with any organism after an interval, then an underlying cause is more likely to be present and a more detailed investigation may be necessary.

In women, recurrent UTIs are common. So, further investigation is only justified if the frequency of infections are 3 or more per year or if theinfections are unusually severe. Recurrent UTI, particularly in presence of an underlying cause may result in permanent renal damage.

If an underlying cause can not be removed, suppressive antibiotic therapy can be used to prevent recurrence and reduce the risk of septicemia and renal damage. Urine should be cultured at regular intervals. A regime of 2 or 3 antibiotics in sequence, rotating every 6 months is used in an attempt to try and reduce the risk of emergence of resistant organisms. Trimethoprim, co-amoxiclav and nitrofurantoin are some commonly used drugs.

Essentially, we should all try to adopt these habits, regardless of whether one suffers from recurrent UTIs or not.